Lukáš Freytag, alumni of the Academy of Fine Arts, Architecture and Design in Bratislava in the field of graphic arts and other mediums, also laureate of Egon Schiele Prize for 2017, focuses on expanded graphics, illustration and also comic art. He primarily engages figurative motives in his artwork and the fragments coming out from the anatomy of his own body which he translates into organic shapes. For the author, these shapes carry an imprint of a human kind captured in certain moment and space. Final images aspire to comprise a border between specific events and abstract structures.


This year at the festival KOMA, Lukáš will introduce his comics launched in Ticho a spol theatre, Bratislava on the occasion of the fifth issue of POMINO V magazine - INK and BLOOD, 2019.


Willow illustrates a tragicomic story about difficulties of a tree demolition and what consequences it can bring along. The narrative situated in context of central Slovakia is partially based on true events. The reader finds evidences of reality, exaggeration and black humour in the story as well as cutting off the tree the way that local inhabitants determine, which can definitely be executed only in one particular region. 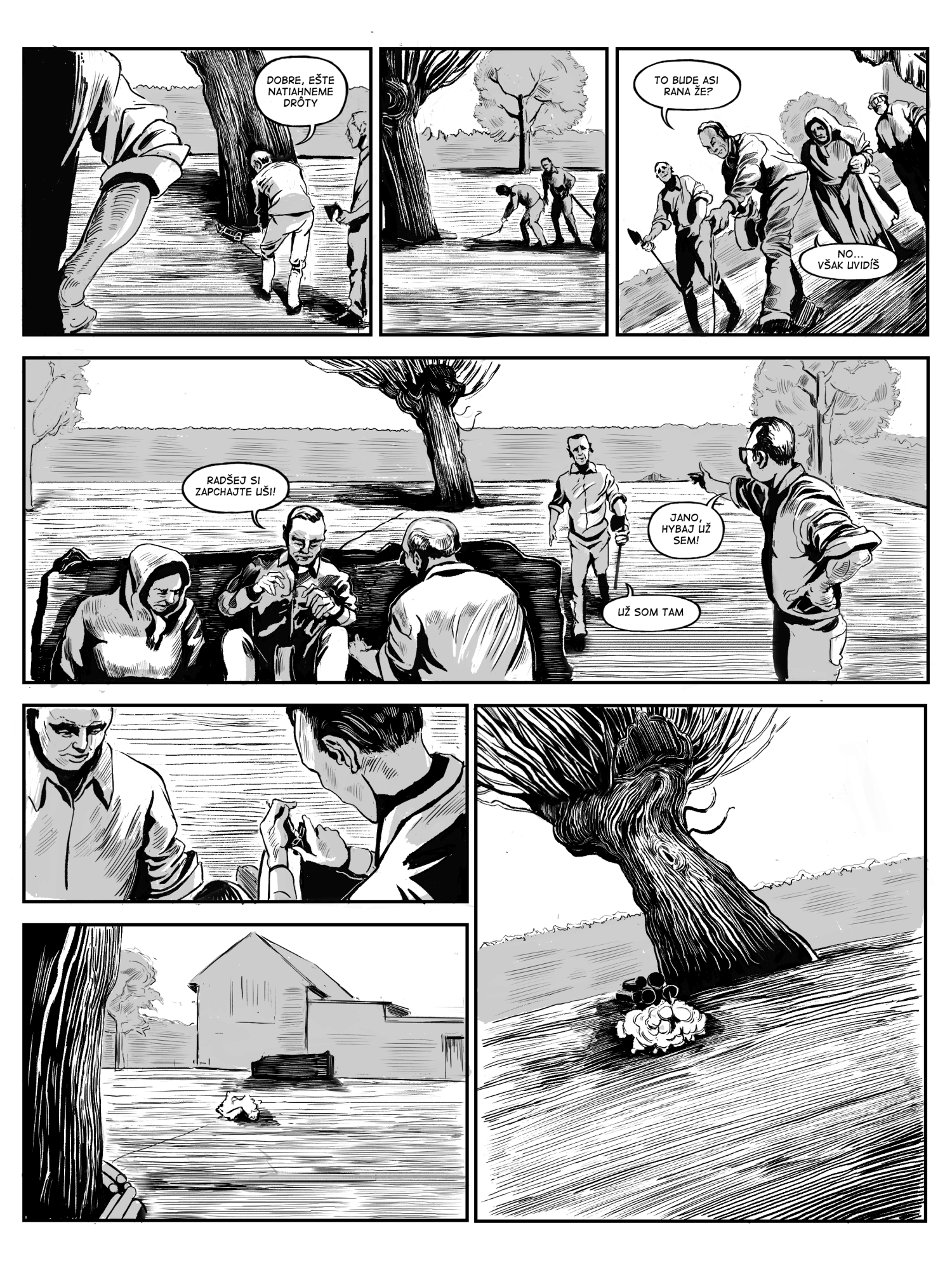