From letter of “Tilekan” president Harold Tvaroh to the mayor of Brno city:
Our homeland is being fondled by gentle sunrays. This is thanks to our famous scientists under direction of doctor Slizomet whose precisely focused team developed devices to control the weather. Our homeland is taking a bath in military arms commanded by the famous monkey general. The same monkey general whose velvet hair, sparkly look and always ready to act position with his banana to beat everyone who would be tempted to take even a sip of “Tilekan” fruits. Our homeland is almost unaware of crime thanks to Prokop & Buben, invincible detective duo who resolve every mystery likewise a hyppo would do with a watermelon in its cute little mouth.

I, president of Tilekalia, authorized two of my kind apostles to spread the reputation around:
thunderous Martin Šinkovský whose massive hair indicates certain family kinship with the monkey general, and an artist mysteriously hiding behind an acronym TICHO762 whose work deserves more attention then just from me and who was recommended upon request from a significant Tilekan businessman Bindaš Barej by my advisors Dulík & Bubík.

Dear Madame Mayor Markéta Vaňková, I believe that both gentlemen are saturating you in all aspects and with all known senses as well as with the mysterious ones. In reward, I am asking you to treat them with respect to their fragile body shells. 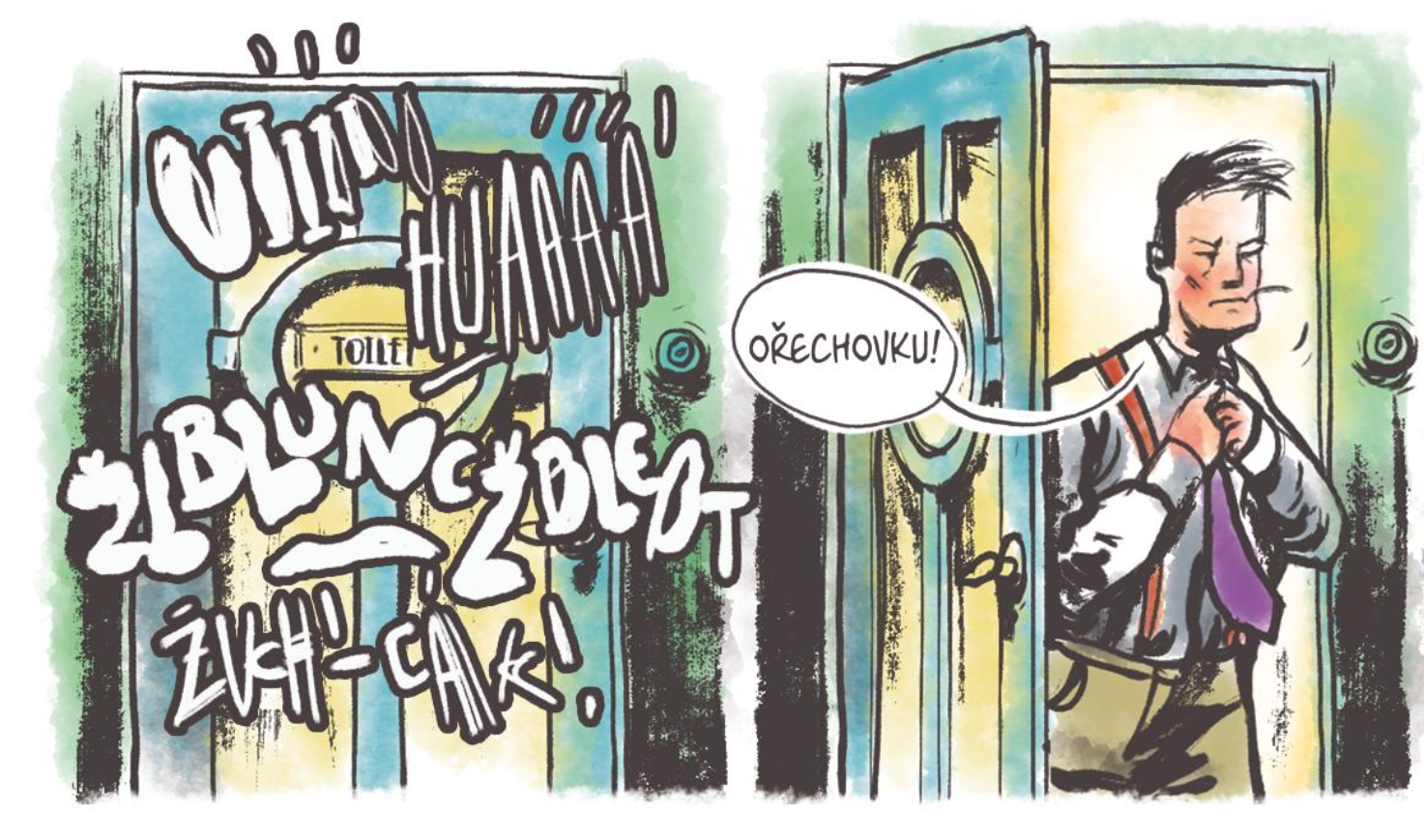