The Super Spellsword Chronicle
A comics comedy full of dialogues. Fantasy world where the magic order is facing dangerous Magic Donut of Endlessness. Klerenc and Eliot, two chosen wizards, are sent to find so-called Time-Wizard. He is the only one who is capable of eating up the Donut without causing the end of the world. However, their journey is long and full of obstacles. As investigate, they enter Elf – hipsters´cafe, cemetery in the middle of dark forests, ancient battle fields or magic academy for witches. A colourful comic album full of humour , allusions and references to today´s popculture.

Nikkarin
Nikkarin akka Michal Menšík, born in Prostějov, is a comics author and an illustrator. For the first time he drew attention to himself with comics proceedings Bunkr 1, arranged in cooperation with other authors. The comics prize Muriel was given to him for Bunkr in category the best short comics in 2009. He has published his own comics books – 130: Odyssea, 130: Kind, Bad and Ugly, Brutto 6: Spellsword Chronicle VII so far. Other works has been published in Aargh, We´re still at War, Returns of Kometa, Čvutix or Komiksfest Revue or in magazines Metropolis, His Voice, Econom, Čili Chili, Právní rádce etc. Nikkarin´s illustrations for books – The Soup of Dragon (Albatros) –Zlatá Stuha Award nomination, The Iron Man (Albatros), 3333 km towards Jacob (Albatros), Till you make it yesterday (Argo), Return from the stars (Labyrint), Howl´s Moving Castle (Volvox Globator), etc.
Nikkarin devotes his attention to the illustrations for children and young people, not avoiding sci-fi and fantasy themes. 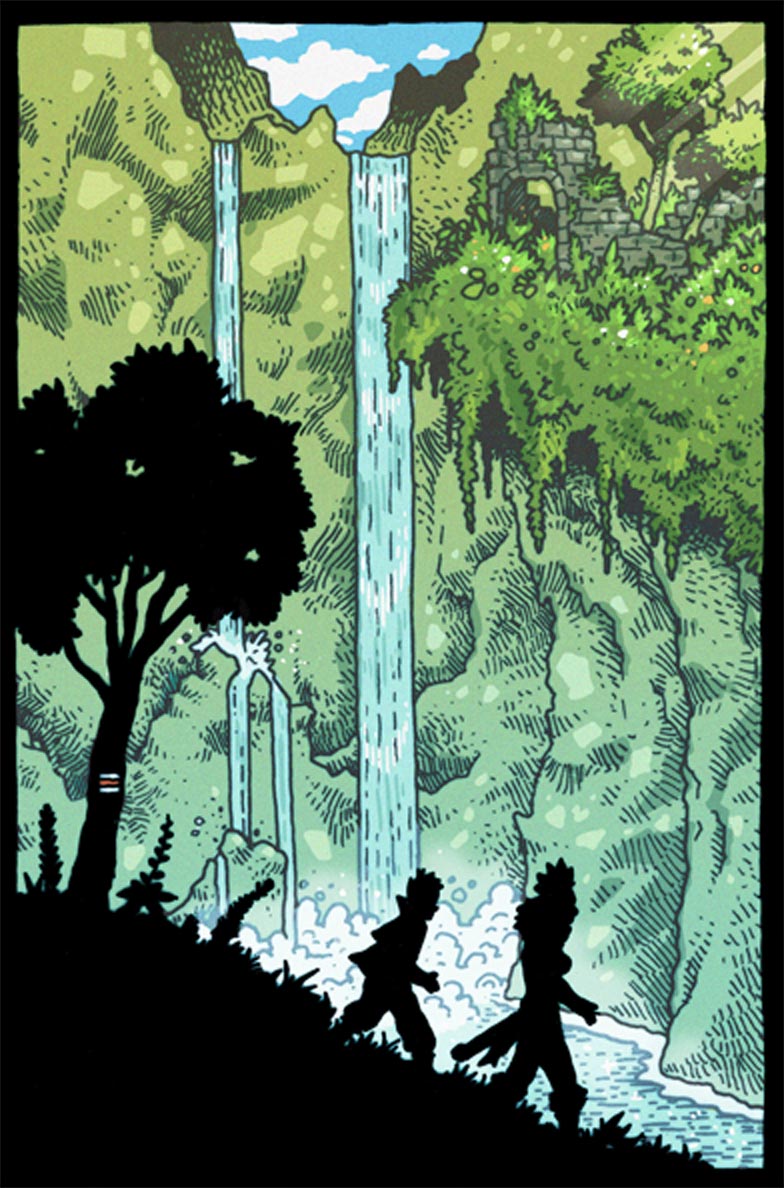