Punk and discipline. There is no other Czech author penetrating these two poles one and another so naturally as Toy Box. Inspired by graffiti and street art, her practice evolved from DIY esthetics of techno scene as well as from literature, film and art history, and immediately she became a key person in Czech comics of the new millenium. As a recognized creator, she now brings up an original concept of textbook intended for those interested in the amazing medium of comics without regard for age, specialization or experience. Based on her previous work and successful creative workshops that she leads for the range of years now, she developed a visually stunning publication to be released by Paseka publishers this year. In the book, she answers many questions from choice of the drawing style, through how to develop a story to the advice of how to find time to create. Her book is not merely a manual, but also a unique comic self-portrait. Festival KOMA will await with extracts from the book and its presentation by the author herself.


Long-term known under a pseudonym of Toy Box, the artist graduated from Josef Skvorecky Literary Academy in Prague and after that she studied scenography at the Academy of Performing Arts in Prague. Former journalist, she currently works as a freelancer. With her generally socially oriented comics, she contributed to the range of magazines and anthologies. Her comics book My Vinnetou Book (2014) was awarded Muriel’s Prize and Golden Ribbon Prize. She also illustrated Petr Stančík’s book A Tale of a Funnel Hole (2016). In 2018, she exhibited her work at author’s grand show in Egon Schiele Art Centre, Český Krumlov. 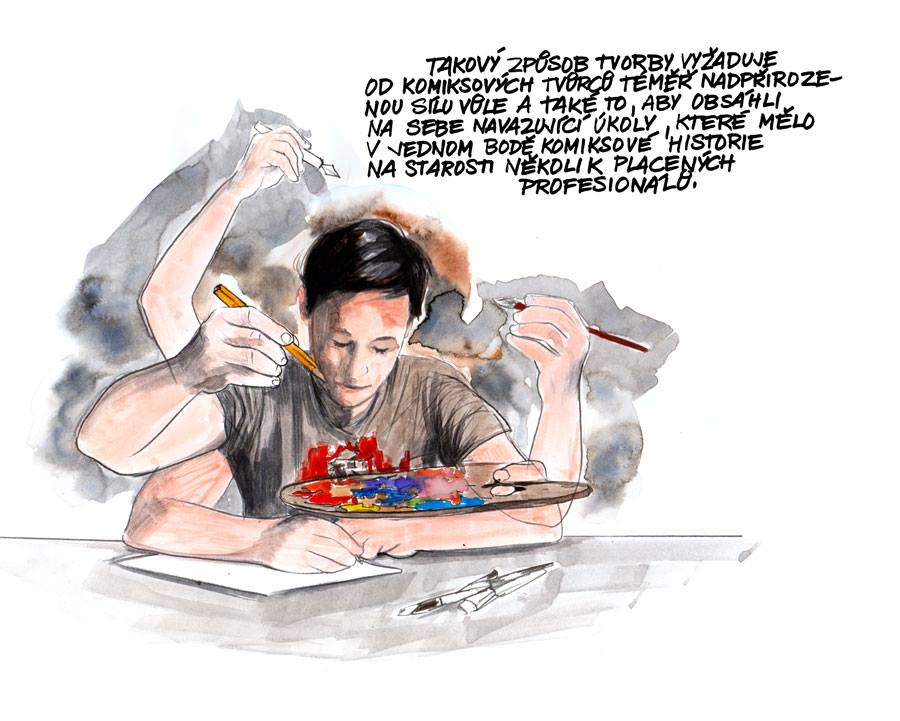